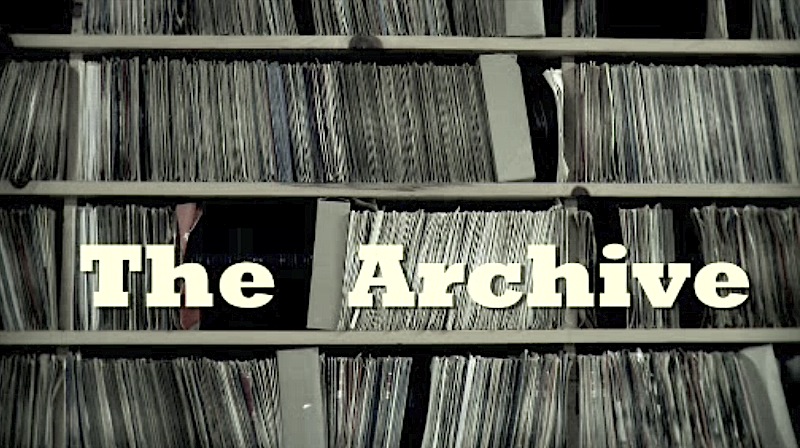 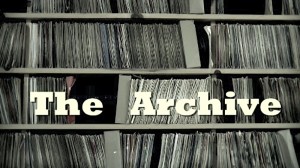 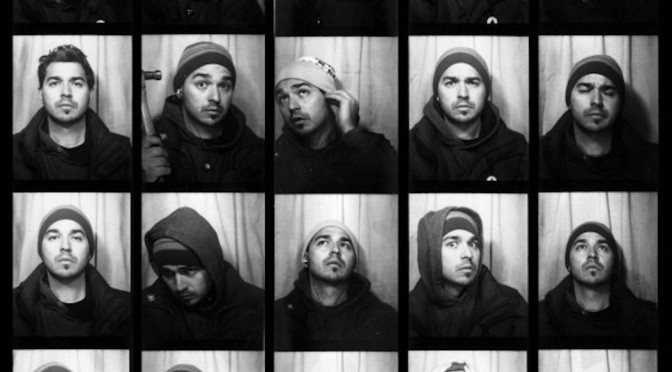 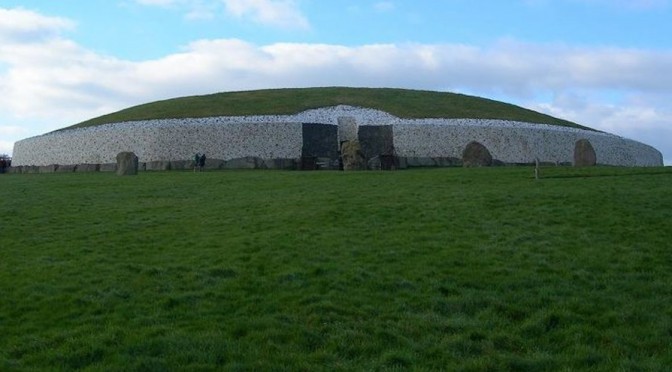 This article was first published in the ‘Collector’s Corner’, Sunday Business Post, Feb 2000 under the title ‘Timely reminders’, and March 5th 2000, under the above title, ‘The beauty of buying time’

With the hullabaloo from the millennium celebrations and universal obsession with recording that moment now relegated to distant memory, it is worth looking at how our forefathers recorded the passage of time down the ages.

It is true to say the passage of previous milleniums were not celebrated with a glass of bubbly in one hand and a fine Rolex chronometer on the other. It is also true that time has held and intense fascination for humans from the moment they first walked out of the jungle.

The widespread interest in the coverage of the winter solstice at Newgrange aptly illustrates that little has changed in the space of 5,000 years.

The technology which was employed by our Irish ancestors is even more amazing now when placed in the context of the era.

Up until the Middle Ages the best that money could but extended to the lowly waterclock or sundial. Mechanical clocks as we know them were only invented in the late 13th century and they are among the most charming if not the most intriguing of antiques.

This is due principally to the major innovations introduced from the 17th century onwards. Their attraction lies in our ongoing appreciation of mechanical or, more so today, technological ingenuity.

But clocks and watches have immense decorative allure and many pocket watches and wristwatches are sought after more for their qualities of design than for the accuracy of their timekeeping.

Such pieces can be appreciated in the same way as a piece of furniture or even a painting.

Most types of clock, and there are many different varieties to suit every taste and budget, display not only the technical wizardry of the clockmaker but also that of the polisher, engraver, brass caster, dial painter and cabinetmaker.

Some variations on the theme include the longcase (commonly referred to as the grandfather clock), carriage, bracket, lantern, cartel, regulator and chronometer.

While the market has changed over the past number of years, with prices for good pieces by the recognised French and English makers at the top fetching huge sums, there are still bargains to be had for the discerning collector.

There is a wealth of knowledge out there for the enthusiast but it must be said that Ireland has a long and proud tradition in the craft, and perhaps it would be wiser to look closer to home first.

Going by recent prices in the auction rooms around the country, prices for longcase clocks can vary considerably.

Occasionally pieces of extraordinary quality appear for which there is and all too eager feeding frenzy, and prices are adjusted accordingly.

But, as always, there are bargains to be had, and at the lower end of the market, you could be starting your collection for as little as £50.

This article was first published in the ‘Collector’s Corner’, Sunday Business Post, Feb 2000 under the title ‘Timely reminders’, and March 5th 2000, under the above title ‘The beauty of buying time’ 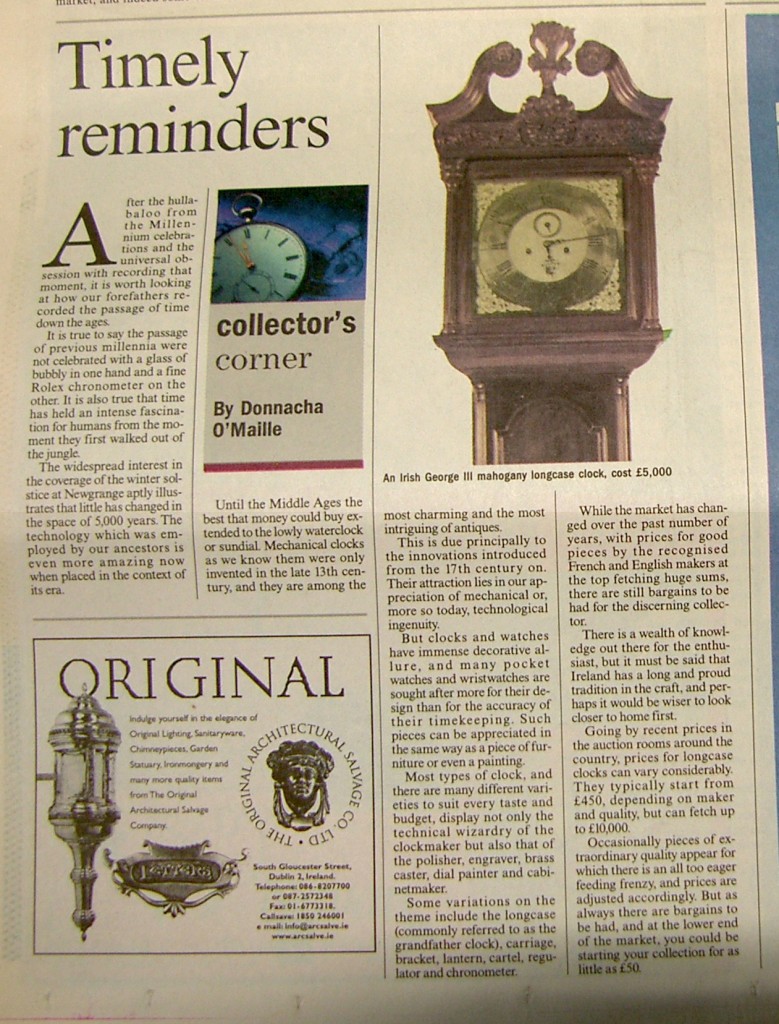